This was an old MP4 player I owned, it had a camera, so I modified it to view infrared light. It was surprisingly easy; first I took it apart, the camera had two lenses. The function of the first lens was to adjust the focus of the camera while that of the other lens was to block the IR light. So I removed the latter, but there was a problem, IR light and regular visible light were both entering the camera. So I got some film from those old cameras (turns out they have a property opposite to that of the IR filter lens, they allow IR light to pass but block visible light) and cut a piece out such that it fit perfectly in the lens holder, and that was it. Well sort of, then I got 2 IR LEDs (light emitting diodes) from a couple of old TV remotes and connected them to the MP4 player's battery and a switch, so now I have a night vision camera (IR camera). It captures videos and pictures at a surprisingly reasonable resolution. I have also noticed some things worth noting: LCD TVs don't emit IR light, florescent light bulbs release less IR than regular filament bulbs and IR cameras are fun! 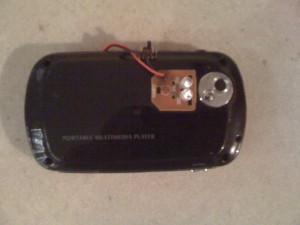 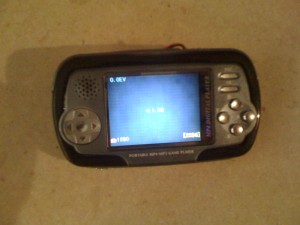 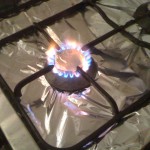 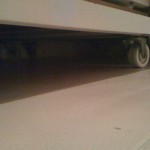 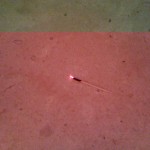 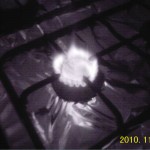 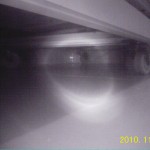 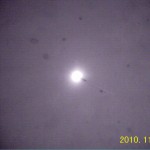