Definitely one of my favourite hobbies. The first rocket I made was with the astronomy society at Oxford, it was pretty heavy but got well off the ground, about a hundred metres. 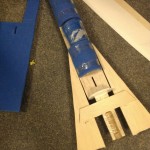 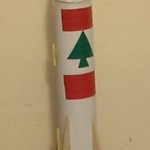 It had a wooden base, 4 fins, one engine, no parachute and a Lebanese flag decorating its side.

After launching the first rocket, I realised that making and launching them isn't really rocket science, so I bought 2 packs of engines in hopes of making loads more! 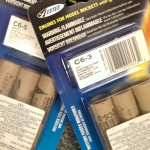 The second rocket, a combined effort of half the 1st year Physicists at St. Hilda's, packed 3 engines 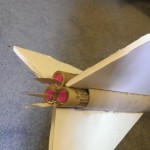 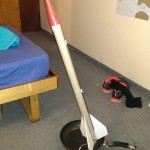 - which according to one model shop owner is illegal to launch in the UK so shhhhh! - it was light compared to the first rocket and got about 5 times the max height of the first rocket! I used a makeshift launchpad fashioned out of a friend's frying pan (thanks Phil!) and 4 D batteries to launch the rocket. 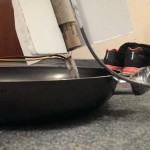 The engines are more like fireworks but are ignited by connecting them to batteries, so launching them is quite cool.